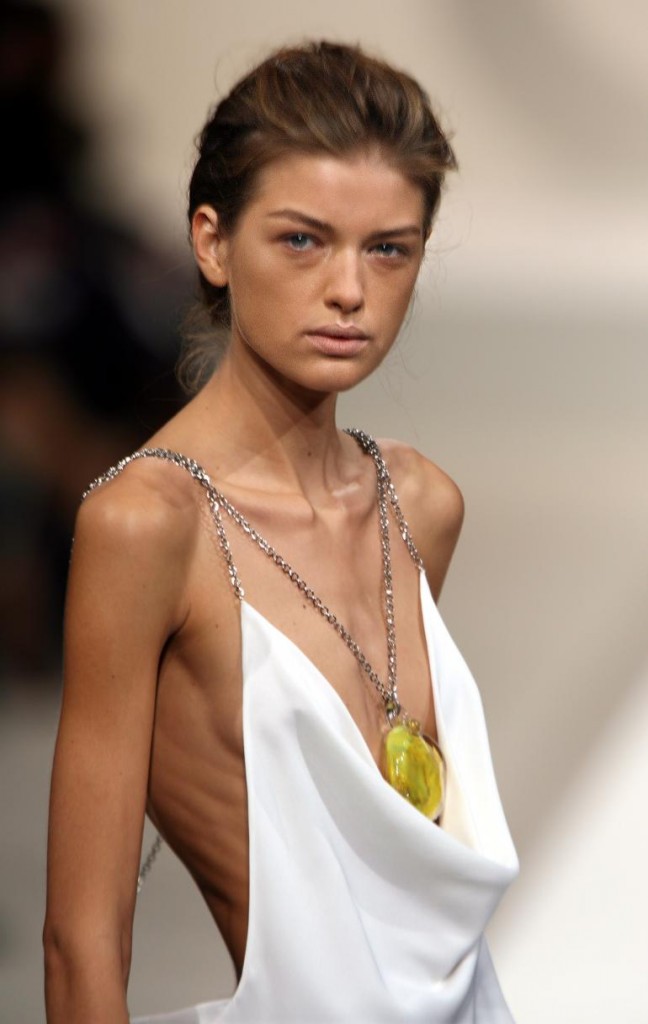 Following in the path of nations such as Spain, Italy, and Israel, France recently placed a skinny model ban on excessively thin models in an attempt to promote a healthy body image among youth. Unfortunately, the new regulations aren’t exactly pushing the women to gain weight; it’s actually pushing them to cheat the system with bizarre measures.

For decades, the industry has consistently faced criticism for promoting an unhealthy body image among consumers, especially women. From the Photoshopping to the makeup to the unattainable weight of the models, there are many factors that have contributed to negative self-esteem among those who want nothing more than to look like the women they see on the runways. But, thankfully, some countries are taking a stance against these idealized images of beauty with a skinny model ban which will start banning models who are excessively thin.

In an article published by the Observer, reporter Jennifer Sky spoke to a model who asked to be referred to as “Lauren” to protect her true identity. It turns out “Lauren” had some disturbing information about how agencies are trying to get around the new rules that prohibit hiring models with a Body Mass Index lower than 18.

The anonymous model told the reporter, “I did Fashion Week in Spain after they enforced a similar law and agencies found a loophole,” she told the Observer. “They gave us “Spanx” underwear to stuff with weighted sandbags so the skinniest of girls had a ‘healthy’ weight on the scales. I even saw them put weights in their hair.”

If her allegations are true, then the current system clearly needs to take this issue much more serious and think of implementing punishments that will deter agencies and sharks in the fashion industry from taking these measures and pressuring models into tormenting their bodies. Let’s just hope the brands that are hiring the models aren’t turning a blind eye to these stunts; otherwise they’ll be paying a hefty price ($79,000 in fines) and possibly up to six months in jail.