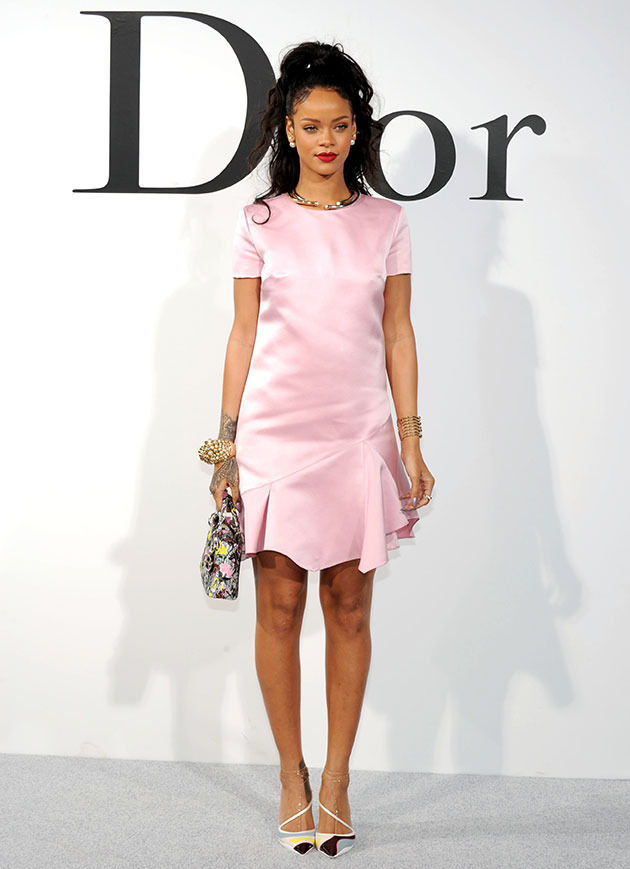 Megastar Rihanna is making history with her latest fashion endeavor. The singer/songwriter has been named as the new face of Dior, and she will become the first black woman ever to front the luxury fashion brand.

The Barbadian songstress, now 27, is officially the new Dior girl. The big announcement was revealed on March 13th and marks the first time a black woman has been named as the face of the French fashion house. The “FourFiveSeconds” singer will make her first appearance for Dior in the brand’s “Secret Garden” campaign in Spring 2015.

Rihanna also released a teaser of her new single early this morning and tweeted the news to her 42.7 million followers. To hear it, you’re going to have to download the Dubsmash video messaging app from the iTunes store or from Google Play. The song is entitled “Bitch Better Have My Money” or BBHMM.

Many rumors are circulating around her much-anticipated eighth album, which is her first in over three years.

It’s just this snippet of the single for now, but hopefully the album is coming soon.