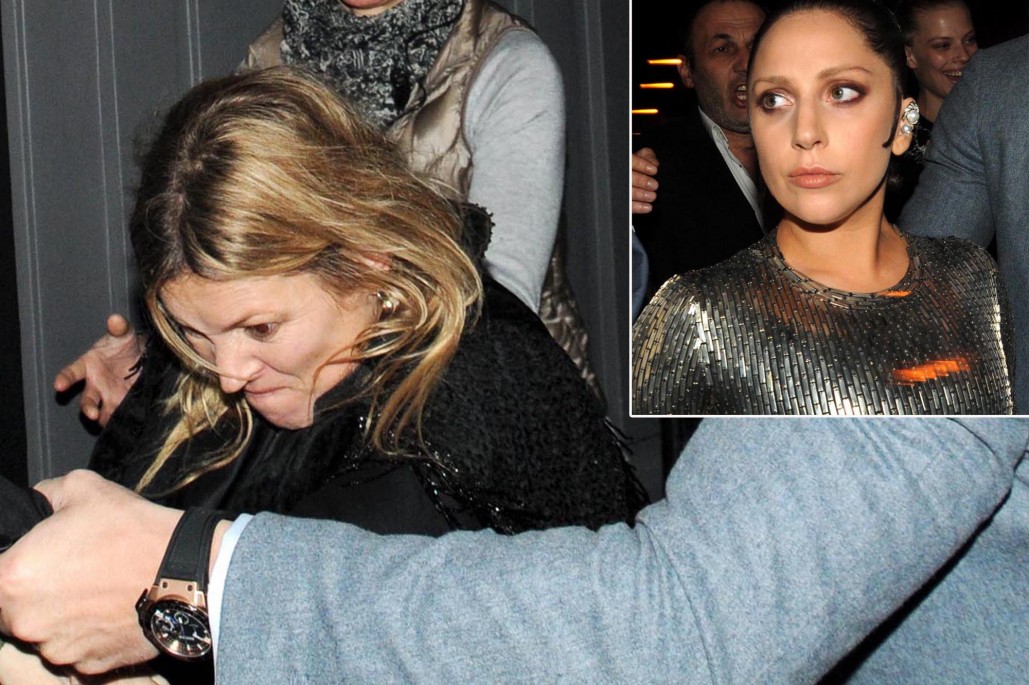 Lady Gaga get’s more than she bargained for during the 2015 Paris Fashion Week. The singer was out partying with her friend and supermodel Kate Moss when their night took a violent turn. The episode began as Moss, Gaga, and members of Lady Gaga’s staff headed to go back inside Club Haussmann. Of course, sighting the duo the paparazzi began to snap as many photos as they could.

Right before the group made it to the entrance Moss spied one of the photographers trying to get the perfect shot. Before Gaga’s entourage had a chance to intervene, Moss suddenly spun around and attacked, grabbing a fistful of his coat sleeve and proceeding to swing at him. At this point, two members of Lady Gaga’s staff (a female staff member and one of her bodyguards) were able to pry Moss off of the shocked photographer. All the while, a shocked Lady Gaga stood by surrounded by her security crew.

As many of us can remember, Moss is no stranger to having problems with the paparazzi. In fact, after she and her daughter were almost mauled by photographers at Los Angeles International Airport, she actually helped promote and push forward the law created to rein in the paparazzi.