It isn’t very hard to find evidence of fashion melting gendered clothes into one wardrobe that appeals to both sexes. Look no further than designer Jonathan Anderson, a man who in real life likes to wear most common unisex uniform, a crewneck jumper, mid-blue jeans and trainers. On the runway, he has done more to blur the boundaries than any other designer. When he first started putting men in blouses, there was much criticism to go around about him boundary pushing and it was dismissed as experimental London fashion by many critics. 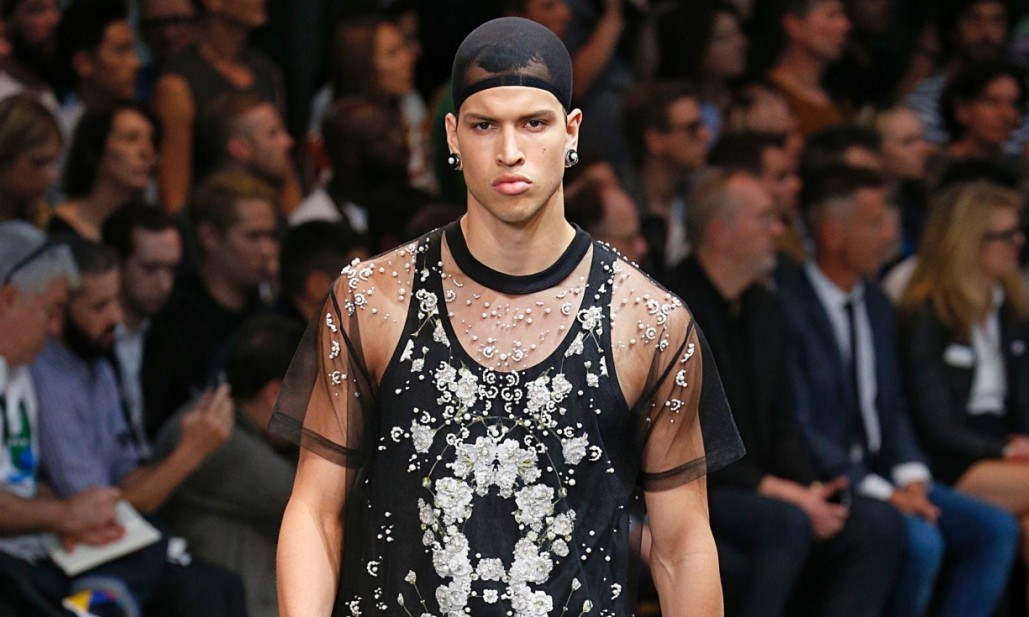 Shortly after Anderson’s experimenting, Gucci’s Alessandro Michele sent out his models in chiffon and lace with longer hair, and then came the domino effect.

Givenchy’s Riccardo Tisci showed knitted skirts styled over trousers for his show. Meanwhile Prada sent out invitations to for their new collection and expressed that they wanted to show fall menswear and pre-fall womenswear blended together as one because working on menswear always left their designers wondering how she could apply the same ideas to women. 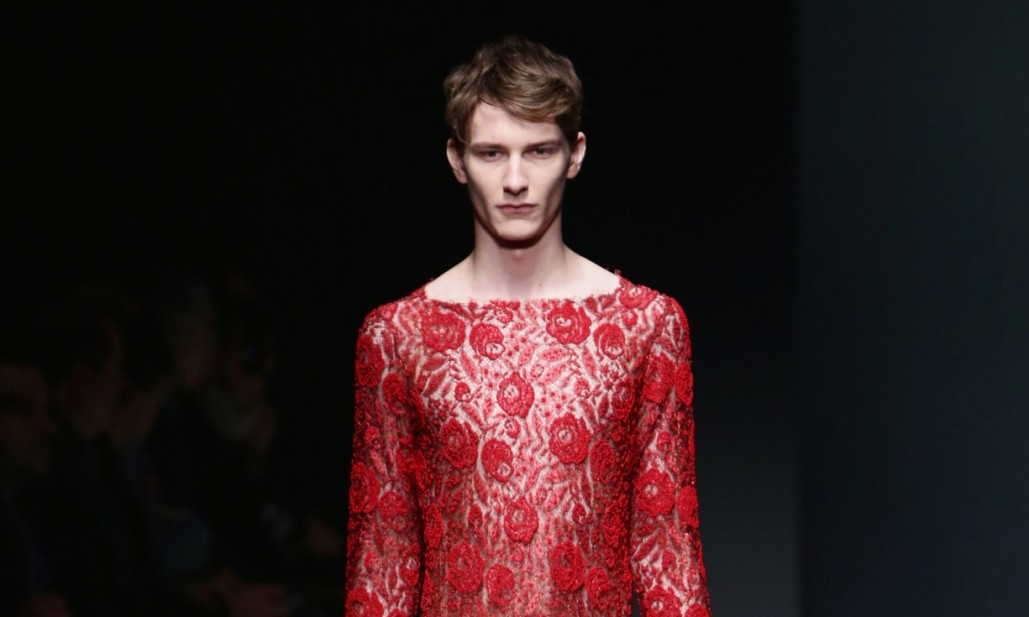 Retailers are attempting to monetize this new mood. Selfridges recently announced that it was getting rid of gendered sections and would just have 3 floors of fashion merchandised together so that customers could shop according to an expression of “self” and not by defined gender lines.

The advertising industry is also doing its best to push this idea of gender-blending dressing. Cara Delevingne was seen in an ad featuring a gang of boys wearing suits in the DKNY menswear 2015 campaign, while Pretty Lady Julia Roberts in the Givenchy ads makes the best case I’ve ever seen for gender-neutral tailoring. 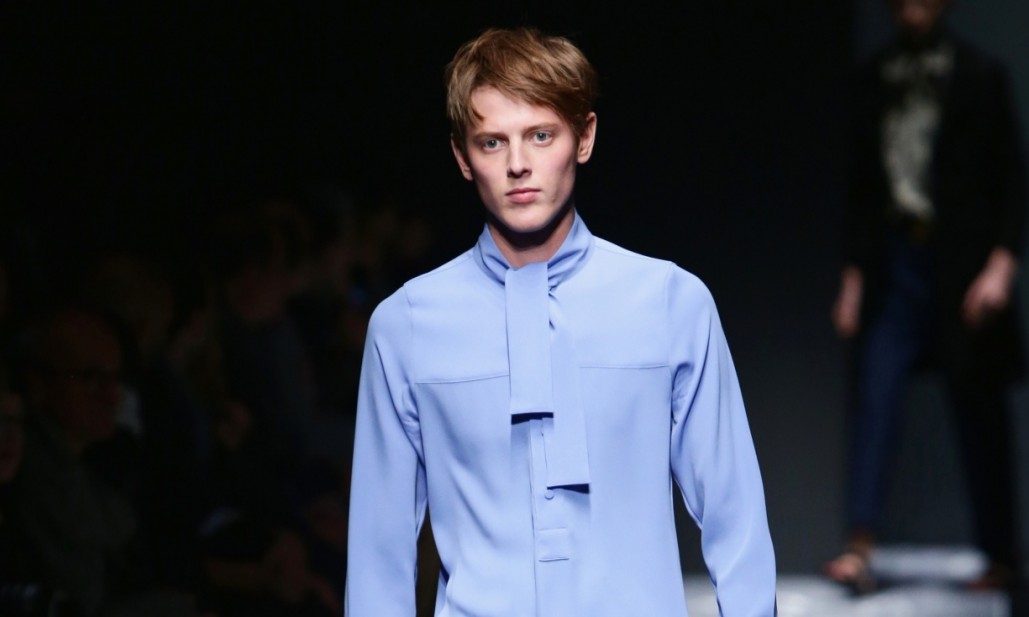 The outcome is not so much if we will be convinced into unisex dressing but why this is happening right now. Culturally we’ve been at this point before. In no particular order we’ve had Bobby Gillespie wearing chiffon and a girly hair parting, Annie Hall and, of course, the champ, David Bowie.

Our best guess is that the mood is informed by aesthetic rather than cultural reasons. In recent collections, there has been a gradual shift together for men’s and womenswear in terms of tastes. Womenswear has lost its edginess, with trainers and Céline-esque trousers dominating. Equally menswear is busy getting its femininity on. This is perhaps the main point of the 2015 take on unisex fashion. 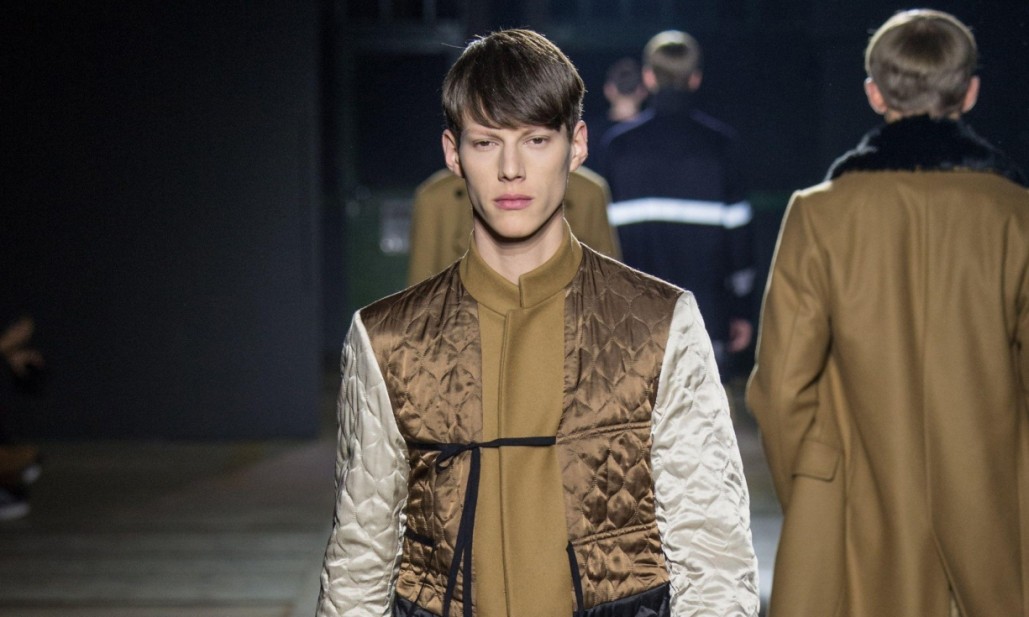 That menswear is becoming more feminine and not the other way around.

Fashion has always loved oddness, and it likes to shock. But the strange thing about seeing skirts live on the menswear runway was how manly they seemed. This seems key to me if this trend is ever to keep snowballing. 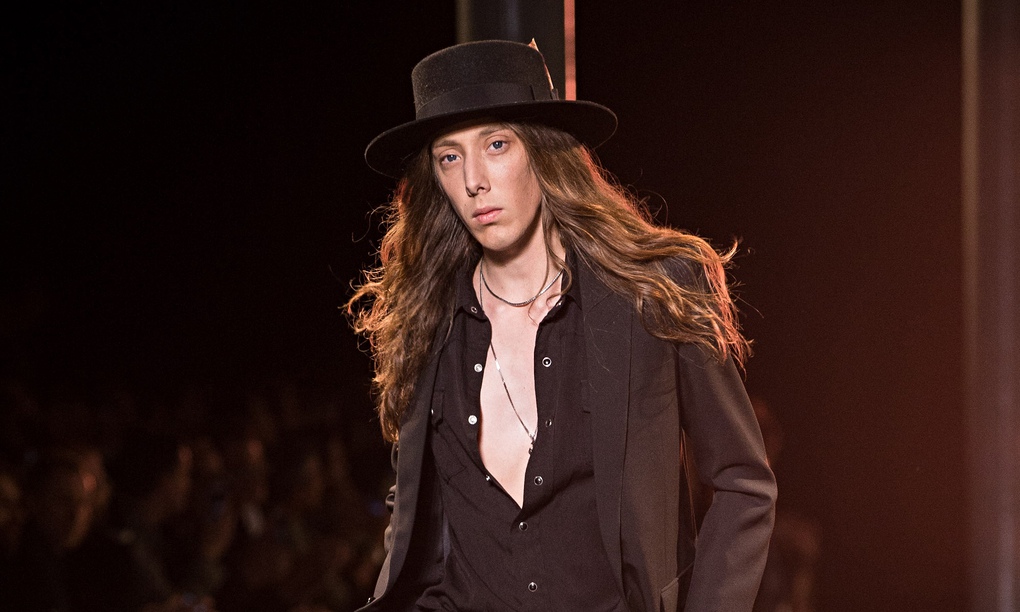