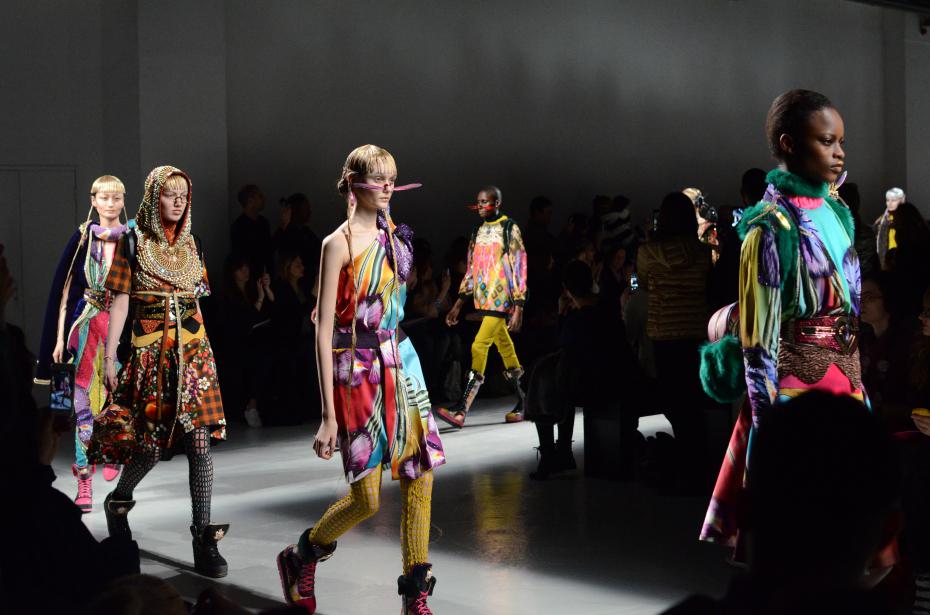 Game Of Thrones Fashion Featured in “Winter Is Coming” Collection

Less than a year after its HBO debut, hit series, Game of Thrones inspired its first serious fashion collection with Helmut Lang’s 2012 fall line, which featured various pieces such as structured leather, boots, leggings, and enough capes to keep any winter wanderer warm in Westeros.

And now, riding the coattails of anticipation of the show’s fifth season, which premieres this Sunday, the fantasy series has inspired another eye-popping ready-to-wear Game of Thrones fashion line that was shown on the Paris runway last month. 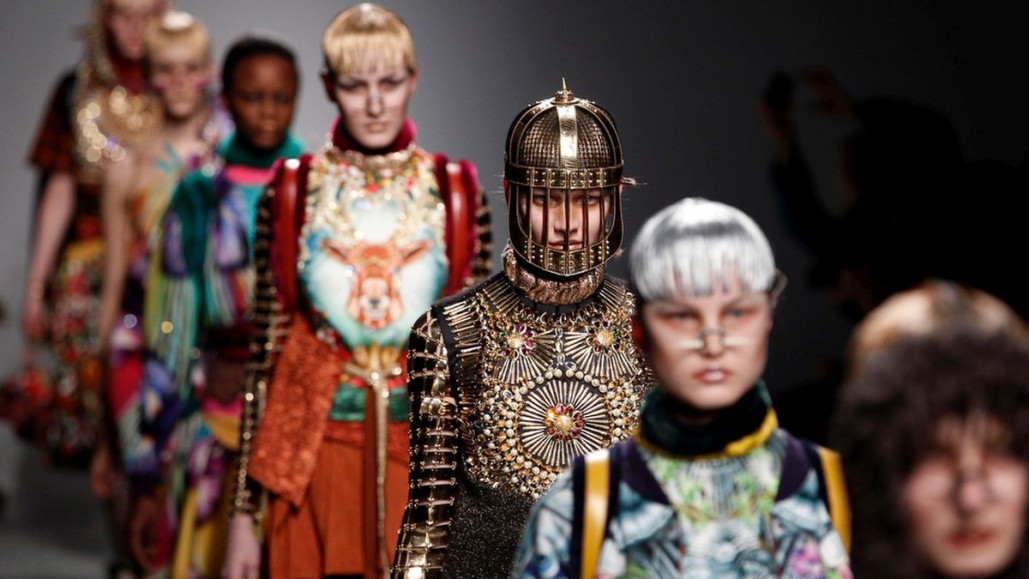 Indian fashion designer Manish Arora unveiled his “Winter Is Coming” collection in Paris, complete with whimsical interpretations of Game of Thrones fashion warrior wear featuring exotic pinks and greens, elaborate embellishments, and playful accessories, like a bedazzled skull purse or a bejeweled dragon that can sit perched upon a person’s shoulder.

Arora announced that “the warrior woman” depicted in the show particularly inspired him. “She is brave as well as sensuous. She is the queen of all tribes, with wolves and dragons as her fiercest protectors. We tried to carry this forward in our collection, additionally getting inspired by varied other strong influences.”  Other key influences, Arora revealed included Burning Man and elements from the medieval era. 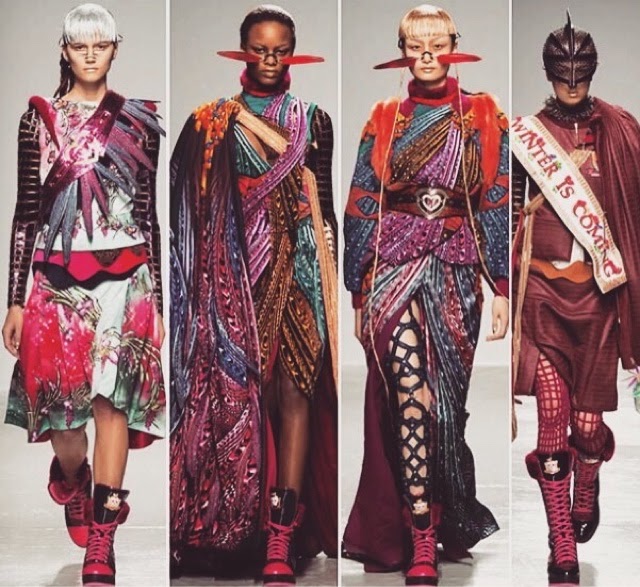 The meshing of both influences works well for the “trophy of victory skull” handbag, which is one of Arora’s favorite pieces. The Indian designer explains that each bag was handcrafted “out of varied materials, like metallic leather, embroidery and crystals, fabric and prints, jewelry pieces, dragon flies, crowns and feathers, blood stains, in keeping with our mix of influences.