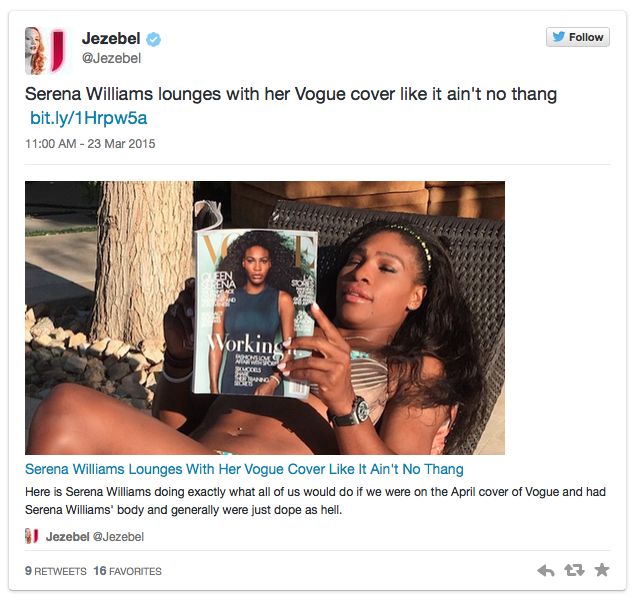 Nicknamed appropriately by the fashion magazine “Queen Serena”, this is Miss Williams’ second Vogue cover, the first being her appearance alongside Ryan Lochte and Hope Solo in a 2012 issue ahead of the London Summer Olympics.

Last Friday, the world No. 1 withdrew from her Indian Wells semifinal against eventual champion Simona Halep with a right knee injury, bringing an early exit to her emotional return to the California tournament since 2001.

The day after withdrawing from the tournament, she seemed relaxed as she apparently read about herself in the newest Vogue, as Jezebel noted. 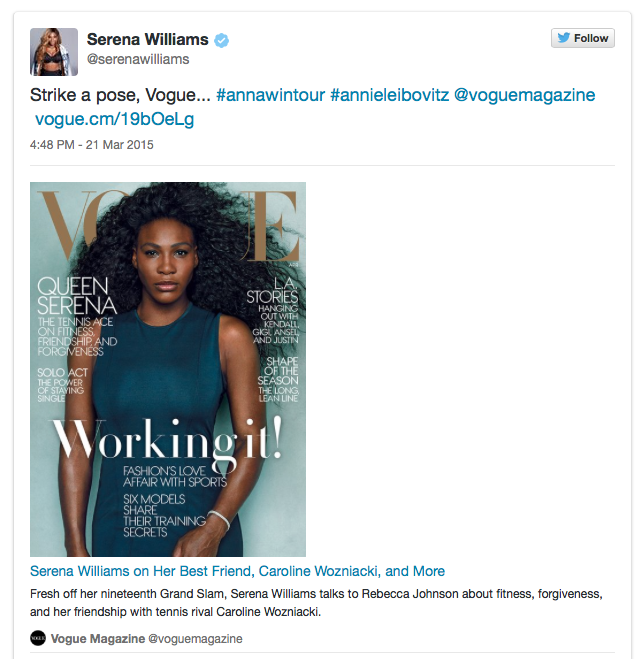