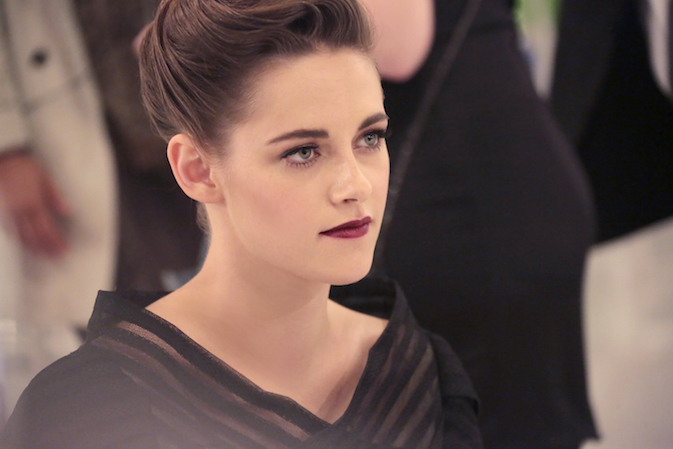 The Chanel Cruise collection’s initial success ushered in the introduction of an annual show starting back in 2000, a concept that eventually filters through to the rest of the fashion industry and could be an explanation for the amount of runway shows there are in today’s fashion industry. Chanel sportswear, having evolved into more elegant lines, today addresses a global clientele on the lookout for newness, with fresh pieces introduced by the “Maison” roughly every two months. The new collection is refined, light and colorful, these summery silhouettes, geared to the day, cocktail-hour or evening are especially suited to the climates of countries in South America, the Middle East and South-East Asia.

Blending together the traditions of a wardrobe and the modernity of a cosmopolitan style, the Chanel Cruise collection is about traveling. Each destination is for Karl Lagerfeld the occasion to tour favorite Gabrielle Chanel’s destinations and to envision those she would have love to discover.

Lagerfeld describes the collection as a “modern version of the pop art scene,” and that he was inspired by Korean traditions but wanted to adapt them for the world of today. 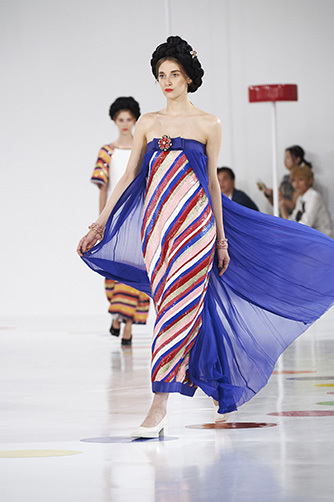 “I love the proportions of the dresses, and even the fibres,” he explained at the show. “We had some made here because the fibres don’t exist.”

The designer also revealed that one of his fabric designers at Chanel are in fact Korean and that her friends and K-pop singers regularly visit the fashion house.

He concluded: “The modernity of Korea was something I was used to as an idea, but I wanted to see the reality.”

The cruise runway featured cute summer dresses, skirts and tops in bold geometric striped prints, as well as trousers and dust jackets. Structures were kept loose, floaty and playful, with the wigs adding to the sense of fun.