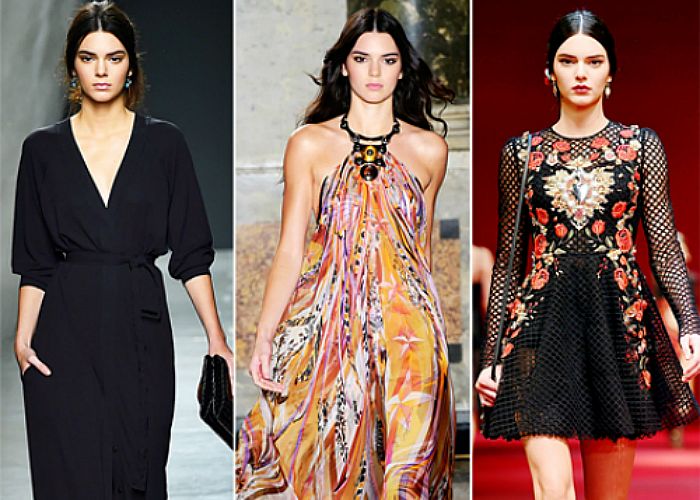 Poor little rich girl! Kendall Jenner has gone from being famous for being famous to being one of the most talked about models at this past week’s New York Fashion Week. The newly dubbed “It Girl” was trashed by fellow models on Instagram so badly that it left her feeling shaken and vulnerable as she headed for Milan Fashion Week. Could she handle the bullies within the modeling world once again?

It appears that Kendall Jenner has some real true blue friends within the supermodel community. Cara Delevinge and Gigi Hagdid both said they would play bodyguard for their friend. It is awesome to hear these two saying that they had Kendall’s back and she shouldn’t worry. These two gals are the kind of bold fearless friends we could all wish to have. As long as Kendall has them to keep her feeling safe and cared for, the young model and actress feels she can continue to do what she loves.

Even the Rich Have Fears

So you may be wondering why someone from as powerful a family as the Jenner/Kardashian clan isn’t fighting back? Kendall Jenner may be a supermodel but she doesn’t have the forceful personality that her sisters Kylie and Khloe have. While these two would probably come out swinging if they were treated this way, Kendall is more likely to call her Mom and ask for advice. Lucky for her, she has a couple of friends who won’t let anyone be that mean again. Mean girls watch out, because at the Milan show, Kendall is not alone and her friends won’t stand by while other models make snide remarks on social media.

I guess in the long run being amazing is still the best retort to all of this. At the Milan Fashion Week show Kendall looked fabulous. Her pal Gigi was there with her all the way, looking every bit as fabulous herself. Best of all, with all the news of the mean girl attitude, Kendall came away looking feeling better than ever.